Please note that the download link has been removed due to a bug in the home automation part of the firmware. We expect to release R068 as soon as that has been fixed. Note that this bug doesn’t cause any router related issues and if you’ve installed it, you can continue to use it.

We’ve just released firmware R067 for the Almond+ and it contains a wide range of new features, fixes and improvements. Please read through the installation instructions as this release will require you to manually update the firmware via the local web UI on the Almond+.

Please post any issues with this firmware in this forum: http://forum.securifi.com/index.php/board,27.0.html

We’ll be releasing a Beta version based on this firmware with the new Wi-Fi driver later this week and a fix for the garbled data in Access Point and Router mode.
The Beta release won’t include the Range Extender option.
The new Wi-Fi driver will also feature CPU offload and vastly improved Wi-Fi performance.

If you have a Philips Hue hub, you can now add it to the Almond+ via the Add Sensor option in the LCD UI.
Currently you can only control the Hue bulbs from the Connect Sensors app in the LCD UI, but the Hue app will still work. We will be integrating support into all of our UI’s over time.

SetPoint thermostats are supported via the LCD UI and local web UI.
Vision motion sensors now shows temperature readout.
This might work with other Z-Wave motion sensors that have a temperature sensor, but we haven’t tested it yet.

New keyboard with vastly improved layout.
Zigbee Doorlock support is added to the Connected Sensors app.
Internet and Range Extender app status pages improved.
Setup wizard has been vastly improved and now allows you to see and change the SSID and Wi-Fi password among other things.
This firmware includes fixes so it’ll be possible to update to future firmwares via the LCD UI.

Support for Notifications – Note that this requires updates to the cloud and mobile apps which will roll out over the next couple of weeks.
Added internet connection check functionality.
Updated SSL retry mechanism.
Added invalid Almond affiliation handling.

Print server has been added and enabled in OpenWRT.

Static leases that you have added in OpenWRT and the leases that were previously added here won’t be displayed in the Static lease list in NutsOS. The leases are working, it’s simply a display issue that will get fixed in the next release.

Below is a couple of screenshots of the new keyboard for the LCD UI. 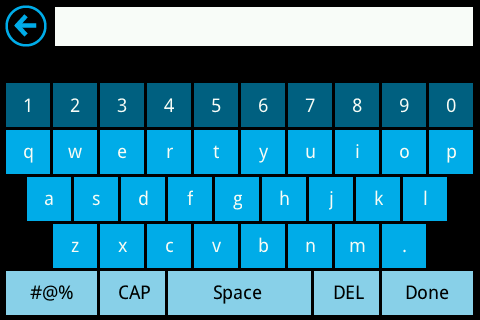 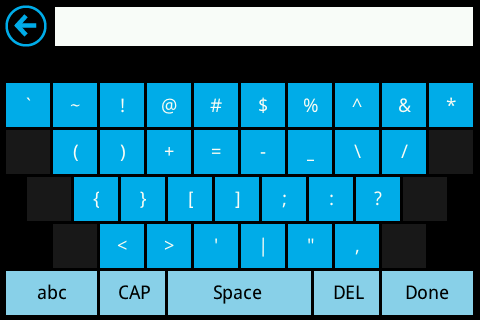