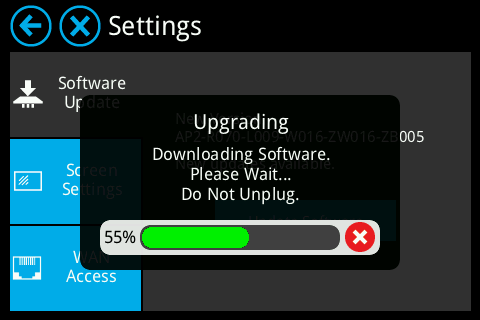 We’ve just released firmware R070 for the Almond+ and it’s a major software update which contains a wide range of new features, fixes and improvements. If you’ve already updated to R069 or later, then you’ll be able to upgrade to this firmware using the Software Update option in the Settings in the LCD UI. We’ve provided step by step instructions for the firmware update in this blog post and we’ve also covered some of the new features that comes with this firmware release such as the home automation rules interface.